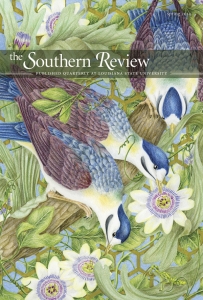 ‘Octet’ is the title of my new story in the spring issue of The Southern Review. It’s an odd one, for sure. I don’t have much memory of writing it. I know I was listening to a track from ‘The Tree of Life’ soundtrack on repeat when I was working on it. I also remember walking up and down Montgomery Street, in Edinburgh, Scotland, when I saw something that made me briefly question the physical laws of our universe. But only for a moment, of course.

The procedure is always the same. He fills in forms. He waits. After twenty or thirty minutes the first of the books arrives. Usually singly, sometimes on a trolley, until they form a tower. All morning his eyes pull in their words like a stove feeding itself. At one o’clock he goes to the canteen; by quarter past he’s back. He remains in his chair until he hears the voice of a man who is never tired, does not age, who may already be dead. It is a voice he hates. The library will be closing in fifteen minutes, says the man. Please return your books to the desk. With this the tower is destroyed. He must return to the present.

He leaves the library and walks down the hill until he reaches his street. At home he eats then tries to read but usually his eyes hurt. All he can do is walk the several blocks of the street, slowly back and forth. He goes over the day’s reading. He waits for the Thought. 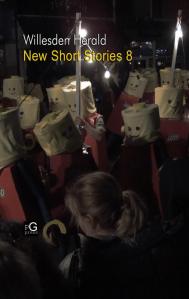 My story, ‘Ward’, is about a young girl who gets very ill and how it changes her.

You can read it and the other nominated stories by buying the anthology which is a bargain at £5.99 (incl. postage)- the best place to buy it is here.

She’d never had so many presents. Flowers, magazines, teddy bears and balloons, a poster of two puppies wedged in a boot. Sandra was the only visitor who didn’t bring a gift. Her presence was confusing, because she and Emily weren’t friends. Emily wondered if Sandra liked her the way she liked her classmate Maxine: quietly, from an awed distance, content to sit two rows behind. After ten minutes she noticed the way Sandra’s eyes returned to the needle in her arm, the IV line, the slowly shrinking bag. She asked if Emily was in pain, if she was going to have an operation. She wanted to tell everyone about her dying classmate.