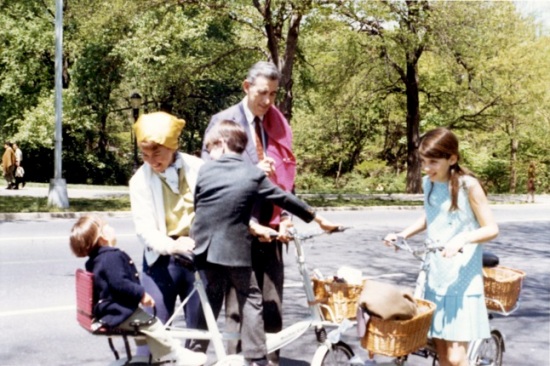 The first rash of obituaries for J.D. Salinger seemed to add little to what we had known for years. That he had removed himself from the world (at least, the literary one) for decades, only emerging to defend his privacy, albeit sometimes at the cost of it. That he had been writing…  something during this time, but what this was, and whether we might dare to hope to see it, was no more certain than it had been for the last four decades.

However, now that the news cycle has moved on slightly (and perhaps also now that it is clear that this is not a hoax), people who had known Salinger are starting to come forward. Some of these are fairly minor, as one might expect from people who only had glancing, professional contact with Salinger (such as  Tim Bates, who corresponded with Salinger whilst working at Penguin, in the far distant days before he was my agent for a brief time. About this, let it merely be said that, like Salinger, I too remember him in my nightly prayers) whilst others are from people with a deeper connection, such as Lilian Ross of the New Yorker, who talks of his love for Emerson’s dictum that

“A man must have aunts and cousins, must buy carrots and turnips, must have barn and woodshed, must go to market and to the blacksmith’s shop, must saunter and sleep and be inferior and silly.” Writers, he thought, had trouble abiding by that, and he referred to Flaubert and Kafka as “two other born non-buyers of carrots and turnips.”

Ross’ piece is the first one to make me recall what I prize most in Salinger- not the talk of phonies and fakes, but the unswerving belief in innocence. What I would like to be able to call Goodness. There are whole clusters of feelings  we spend most of our adult lives avoiding, because of the risks they involve, because we lack the opportunity, or courage- these are what Salinger gives voice to. These are why it is worth reading (and re-reading) Franny & Zooey, Seymour: an introduction, and For Esme with Love and Squalor.