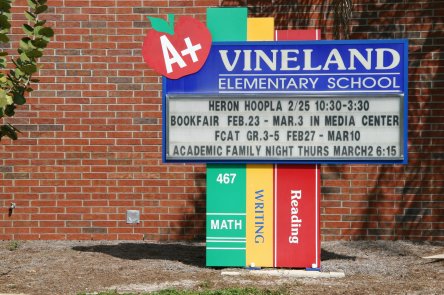 p.71 Frenesi on remembering the Sixties:

Sure, she knew folks who had no problem at all with the past. A lot of it they just didn’t remember. Many told her, one way and another, that it was enough for them to get by in real time without diverting precious energy to what, face it, was fifteen or twenty years dead and gone.

The idea of having no problem with the past is reminiscent of the mentions of being blessed with Doper’s Memory in Inherent Vice– the best thing, even better than nostalgia, is to forget. Nostalgia whilst being a crutch, is also a distraction.

Frenesi goes on to consider the strange form of ‘freedom’ she hoped to gain at the end of the 60s by collaborating with the authorities. In an inversion of the usual liberal view of the period, she sees the ‘Nixonian repression’ as ‘her Woodstock, her Revolution’ (which echoes Hector’s comments on p. 27).

She understood her particular servitude as the freedom, granted to a few, to act outside warrants and charters, to ignore history and the dead, to imagine no future, no yet-to-be-born, to be able simply to go on defining moments only, purely, by the action that filled them.

But even this escape (which is not really an escape) is going to be taken away by the economic forces of the Reagan era.

p.76-77 has a different kind of nostalgia, one that perhaps isn’t even that, if by this we mean something sentimental, and somewhat selective in a self-serving way.

[Eula] discovererd what she really wanted- the road, his road, his bindlestiff life, his dangerous indenture to an idea, a dream of One Big Union, what Joe Hill was calling “the commonwealth of toil that is to be”.

This has a markedly straigher tone than all the talk of the Magic Sixities- and is an interesting contrast to the nostalgia for, or denial of, the past in the novel thus far.

Growing up, Frenesi heard stories of those prewar times, the strike at the Stockton cannery, strikes over Ventura sugar beets, Venice lettuce, San Joaquin cotton… of the anticonscription movement in Berkeley, where, as Sasha was careful to remind her, demonstrations had been going on before Mario Sava was born.

Sasha continues in this vein on p. 82

After a while her thoughts started falling into place. The injustices she had seen in the streets and fields, so many times, too many times unanswered- she began to see them more directly, not as world history or anything theoretical, but as humans, usually male, living here on the planet, often well within reach, commiting these crimes, major and petty, one by one against other living humans. Maybe we all had to submit to History, she figured, maybe not- but refusing to take shit from some named and specified source- well, it might be a different story.

Though Sasha herself is immediately undercut by Hub saying how he wasn’t really listening, this does not necessarily refute what she has said. And there is something refreshing about bringing it all down to a very human level- where it is not some ‘distant others’ or some abstract force like Capital or Technology, but a ‘named and specified source’, which is for the most part where most of the ills of the world come from (please supply your own list of these). It is far from the defeated tone one often gets from Pynchon’s characters.

p. 81 has a passage that almost seems to be against the metahistorical (the idea that there are can only be Histories)

“History in this town,” Sasha muttered, “is no more worthy of respect than the average movie script, and it comes about in the same way- soon as there’s one version of a story, suddenly it’s anybody’s pigeon. Parties you never heard of get to come in and change it. Characters and deeds get shifted around, heartfelt language gets pounded flat when it isn’t just removed forever.

It is as if she is lamenting that there are these multiple histories, which is unusual, as the idea of plurality is commonly thought to be a beneficial corrective to the homogenising, and usually deeply compromised, narrative that is presented as History.

p. 83 Magical properties are ironically imputed to the TV.

Believing that the rays coming out of the TV screen would act as a broom to sweep the room clear of all spirits, Frenesi now popped the Tube on.

While watching a motorcycle cop show, she gets aroused, which is offered as part of the explanation for why she ends up with Brock.

Since her very first Rose Parade up till the present, she’d felt in herself a fatality, a helpless turn towards images of authority, especially uniformed men.

Sasha (who suffers from the same fetish) is obliged to face ‘the dismal possibility that all her oppositions, however just and good, to forms of power were really acts of denying that dangerous swoon’. Though this unsurprisingly angers Frenesi (it seems incredibly sexist and patronising to argue that women have this kind of uncontrollable, almost hysterical weakness), she eventually more or less accepts it. ‘Let the grim feminist rave’ she thinks (or at least we are encouraged to think that she does) and then, unexpectedly, Pynchon does not undercut this idea. One possibility is that mother and daughter would rather believe it was due to some uncontrollable urge, instead of a series of decisions, or choices ignored, that has led to the submission (sexual and otherwise) to authority.

p. 87 Frenesi’s son goes to find his parents, the ‘cartoons having ended and his parents now become the least objectionable programming around here’. Reality is thus just another show that one sometimes must unhappily turn over to.

It would all be done with keys on alphanumeric keyboards that stood for weightless, invisible chains of electronic presence or absence.