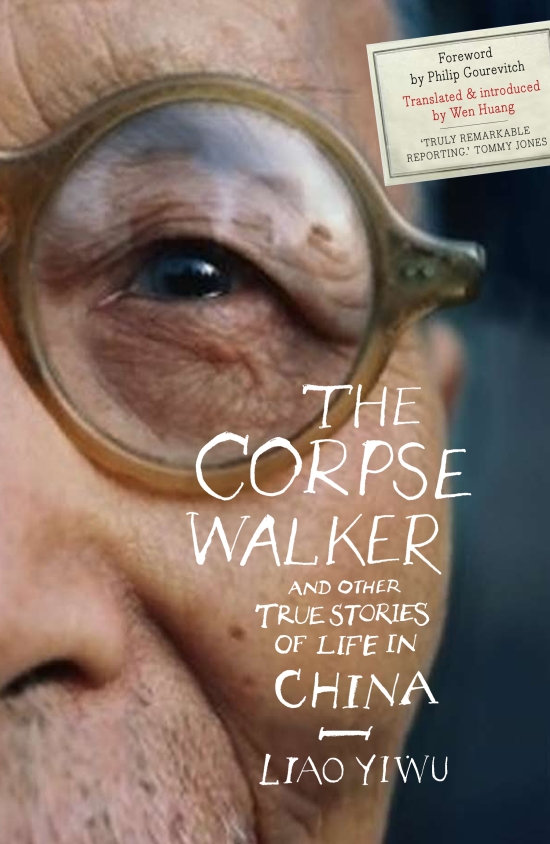 Liao Yiwu’s book is a collection of interviews with people on the margins of Chinese society. This is an extract from an interview with a man in prison for human trafficking.

LIAO: You sent your daughters to a faraway place and married them off to strangers for money?

QIAN: What do they know about happiness? My daughters are the children of a poor peasant. As long as their husbands have dicks, that’s all I care. The more often women get laid, the prettier they look. Of course with some women, after they give birth to a couple of kids, their looks are gone forever.

LIAO: How did you manage to expand your business?

QIAN: I realized that I could be pretty charming.

His other interview subjects include a professional mourner, a murderer, a beggar, a fortune teller, a thief, a dissident, a homosexual, a pimp, a former landlord and a school teacher. Most were cast out of mainstream society during the various political purges of the Mao era or are products of the tumultuous generational changes sweeping China.

Much of Liao’s work is banned in China and he is forbidden to publish. In the spring of 1989 he was given a five year sentence for publishing two poems deemed to be anti-Communist.  He was released early in 1994 for ‘good behaviour’ (though with only fifty days left of his sentence. In 1998, he compiled an anthology of underground poems of the 1970s that included or made references to numerous Chinese dissidents. One of China’s vice-premiers ordered an investigation into the book, calling it a ‘premeditated attempt to overthrow the government, and… supported by powerful anti-China groups’. Liao was again detained. He currently lives in Chengdu, in Sichuan province (where many of these interviews took place).

Another reason these interviews are banned in China is that they feature people speaking candidly about the injustices of the past, and being critical of the Communist party. Here’s an interview with ‘a Rightist’

FENG: …We joined the Communist revolution so we could live a better life, have enough to eat, marry a beautiful woman and raise a family. This basic concept was totally distorted in the Mao era. All we talked about were the abstract ideas such as the Party and the People. Private lives were considered something disgraceful. You can’t marry the Party or the People, can you? We used to hear phony stuff like “So-and-so has been nurtured by the Party and the People.” What do the Party’s breasts look like?

Liao’s book is full of the kind of rich, detailed, revealing stories that don’t seem to count as ‘news’. It was perhaps for this reason that many of these first appeared in English in The Paris Review. Their site has a few extracts, some of them quite long, from interviews they’ve run. My only qualm is with the English translation, which at times is overly idiomatic (e.g. the use of words like ‘phony’ and ‘jerk’)- I would have preferred something less region specific. But this doesn’t diminish the value of these pieces, which offer perspectives on Chinese life that are seldom otherwise heard,

Extracts from interviews with The Public Toilet Manager and The Peasant Emperor here.