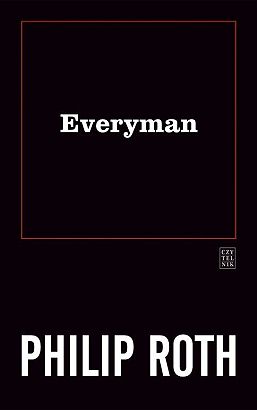 Philip Roth’s Everyman has many simple, devastating things to say about our mortality, and is one of those books that deserve to be read in their entirety in the course of a day (but not, I think, in a single sitting, as this is good for no one’s digestion). I acquired my copy somewhat fraudulently from the PR department of Jonathan Cape, on the proviso I would write a review, and though I am not about to do that, I consider this post, though several years late, my repayment of this debt, in full.

Some reviewers found fault with the novel for its plainness of style and lack of event, but to my mind this was just churlish disappointment at being denied some of the sexual fireworks that have ensured the popularity of his books (though there is, I’m pretty sure, at least one fairly hot scene slipped in between the lifetime of surgical procedures that are used to structure the book. This kind of thematic approach to structure is to my, and maybe other’s minds, a good approach to the question of how we tell the story of another’s life. One can imagine focusing on sex, betrayal, crimes, marriages, journeys, dogs owned, or great Russian novels, depending on one’s purpose).

Having just finished that, I serendipitously came across this article by RICHARD FORD, who is  without doubt one of the most charming and charismatic writers I have paid money to see. During a Q. & A. in Edinburgh in 2007 he digressed to say, “My grandfather was a suicide,” then proceeded to tell us of how his grandfather had lost the farm and the house whilst gambling, and then was so fearful of telling his wife that he shot himself dead. Ford ended the anecdote by saying, “But you’re probably not interested in that.”

The piece has some interesting points to make about Character, and makes me think that writing a kind of representative human depends precisely on emphasising that which is particular and specific, as without these elements, no character, however emblematic they are intended to be, can persuade us into identifying with them. And now, a picture of Ford, with dogs. 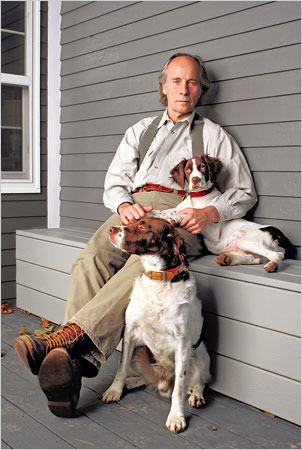