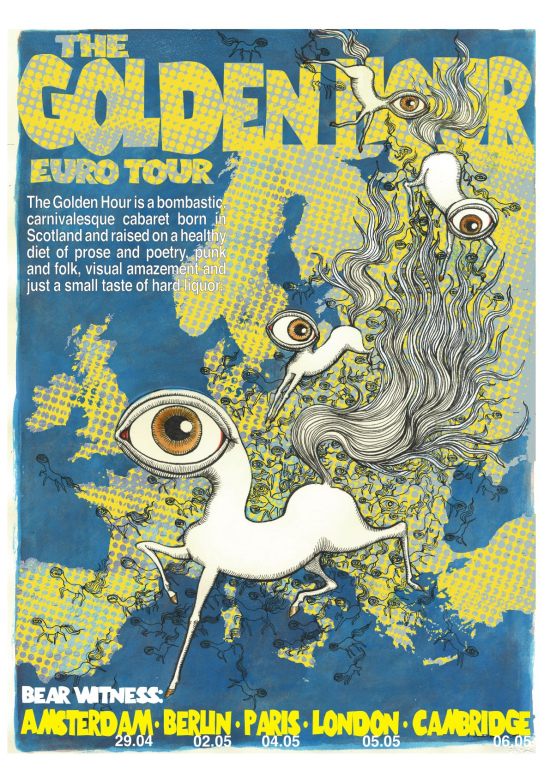 Yes, it is spring, and we at Forest Publications have made a new book. The Golden Hour Book Vol. 2 is a collection of songs, poems and stories from some of the horribly talented people that have performed at The Golden Hour, the Forest cafe’s monthly cabaret night (I too have been guilty of this, reservations about readings notwithstanding). Due to the infinite largesse of the Scottish Arts Council, we are able to go to a number of impossibly glamorous places to promote the book:

If you’re in these neighbourhoods, or know anyone who is, tell them about it and afterwards, they’ll look at you in wonder. This will be especially effective for people you’ve always had a crush on. On our previous tour, the rate of couplings increased by 23% in each of the cities we visited (a figure which of course excludes any hotness on our part. Or parts).