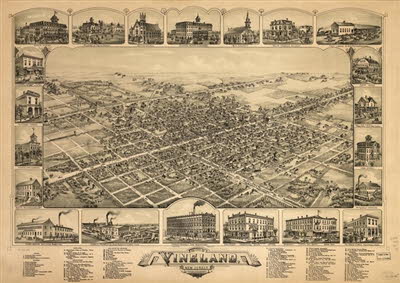 p.192 Description of a movie-lot converted to housing.

Space devoted to make-believe had, it was thought, been reclaimed by the serious activities of the World of Reality.

Lest we miss the capitals of ‘World of Reality’, and the slight irony of ‘serious activities’, this idea is further undercut by the tentativeness of ‘it was thought’. We are thus invited to think that rather than there being a shift from ‘make-believe’ to ‘Reality’, all that is happening instead is the substitution of one form of fantasy for another. It seems to me that this could be read in (at least) two ways, the first being that there is no reality, only constructions, which in a way is liberating, as it means there is no ‘Reality’ to escape from. The second is a more critical view of our endless attempts at delusion.

p. 194 Television schedules are used as a point of temporal orientation.

It was just before prime-time

Again, as with the cinematic vocabulary, and Zoyd’s shift in perspective in memory, Pynchon is suggesting that our ways of perceiving time and space, or at least how we talk about them (which isn’t automatically the same thing) have been heavily influenced by TV.

p. 195 24fps idealism (and naivete) regarding the power of the image to reveal the ‘truth’.

They particularly believed in the ability of close ups to reveal and devastate. When power corrupts, it keeps a log of its progress, written into that most sensitive memory device, the human face. Who could withstand the light? What viewer could believe in the war, the system, the countless lies about American freedom, looking into the mug shots of the bought and sold? Hearing the synchronized voices repeat the same formulas, evasive, affectless, cut off from whatever they had once been by promises of what they would never get to collect on?

Though meant as a series of rhetorical questions, they do, however, invite skeptical answers. Because there’s no indication that TV or film has made viewers less trusting, less willing to believe ‘the countless lies’. The end of the passage’s reference to ‘what they would never get to collect on’ is interesting, as there may be something hopeful in this idea that there is something beyond the reach of the ‘they’ of the passage. However, it is equally possible that this is just further wishful thinking.

Did she really believe that as long as she had it inside her Tubeshaped frame, soaking up liberated halogen rays, nothing out there could harm her?

Obviously not, judging by the fact she goes over to Brock Vond.

These men and women, few of whose names he would ever know, had become for him a romantic lost tribe with a failed cause, likely to remain unfound in earthly form but perhaps available the way Jesus was to those who “found” him- like a prophetic voice, like a rescue mission from elsewhere which had briefly entered real history, promising to change it, raising specific hopes that might then get written down, become programs, generate earthly sequences of cause and effect. If such an abstraction could have found residence in this mortal world, then- of the essence to Rex- one might again.

This idea of an external, mythic agency that offers deliverance (‘like a rescue mission’) will return in Inherent Vice, in the form of Lemuria (see previous entries). It also appears in The Crying of Lot 49, on p. 85.

Catching a TWA flight to Miami was an uncoordinated boy who planned to slip at night into aquariums and open negotiations with the dolphins, who would succeed man.

p. 216 Some explanation for why Frenesi changes sides, allegedly in despair at the direction she sees things going. If there’s no escape, one can at least survive.

She understood as clearly as she could allow herself to what Brock wanted her to do, understood at last, dismally, that she might even do it- not for him, unhappy fucker, but because she had lost too much control, time was rushing all around her, these were rapids, and as far ahead as she could see it looked like Brock’s stretch of the river, another stage, like sex, children, surgery, further into adulthood perilous and real, into the secret that life is soldiering, that soldiering includes death, that those soldiered for, not yet and often never in on the secret, are always, at every age, children.

The idea that those we struggle, or ‘soldier’ for, are children, can be taken literally, but also, given the earlier comparisons of hippies to children, it can also be taken as referring to anyone in a state of innocence (or from another point of view, ignorance). As for the talk of them being children ‘always, at every age’, this supports the second reading- a state of perpetual childishness (which we can envy or disparage). ‘Every age’ also has a suggestion of this being true in different historical periods.

However, there is also way to read this. I think one of the traps in Pynchon is confusing authorial voice with that of the character. This is, after all, being filtered through Frenesi, for whom the idea that her betrayal is in some sense to benefit not just others, but the ‘innocent’ is probably a fairly appealing notion, in that it at least partially justifies (and thus redeems) her actions. Whilst she might think it a ‘secret’ that ‘life is soldiering’, if so, it is one that is extremely poorly kept.